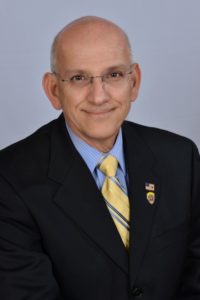 Domenic has  been a resident of Wolcott for the past 43 years and is married to Elaine (Boucher) for  47 years, who is a life long Wolcott resident.  They have two daughters, Michelle, who also resides in Wolcott and teaches at  Wolcott High School. She was selected as our district’s teacher of the year in 2017.  She has two children, Julia and Trevor who both attend Wolcott schools.  His youngest daughter, Loren, is currently a police officer for the Town of Watertown, a position she has held for the past 9 years.

Domenic graduated from Naugatuck High School in 1971.  He also attended Mattatuck Community College majoring in Police Science and Administration while working full time at Southbury Training School for 11 years.  While at the Training School, he held various supervisory positions including Staff Development and Personnel Hiring.

After 35 years of service to the Town of Wolcott, Domenic retired in 2017.  Since his retirement, Domenic still wanted to serve his community and was elected as a member of the Republican  party to the Town Council.  He is committed to the safety and welfare of our citizens and especially in keeping our schools safe.  He is a huge supporter of our education system and works well with members of the Board of Education.  He is committed to supporting and assuring that our departments receive the necessary funding to continue to provide and maintain the  services our citizens need and deserve while keeping the expenditures to a minimum. He stated that his time on the council has been very rewarding and believes it is an honor and a privilege serving the residents of the Town of Wolcott.  He will continue to work hard and do his best of our Town. 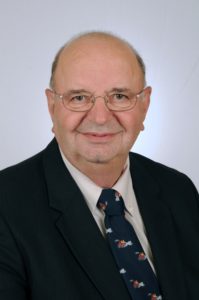 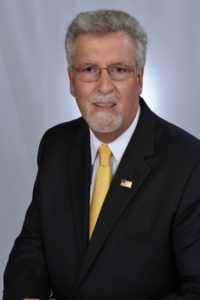 Roger Picard has lived in the Town of Wolcott for 67 years and graduated from Wolcott High School in 1968. He graduated from Northwestern Conn. Comm. College in 1971 with an Associates Degree in Science and went on to attend the University of New Haven where he beganstudies in Criminal Justice. In 1973 he was hired as a Supernumerary Police Officer for the Town of Wolcott where he served for four- and one-half years and was hired as a full-time officer in 1977. He worked his way through the ranks starting as a patrolman and later being promoted to the rank of Detective and then Lieutenant where he supervised the patrol division on first and second shifts. During his years as a detective he received commendations and letters of recognition for his investigative skills and Crime Prevention Programs he initiated in the community. He was appointed as the very first DARE Officer in the Wolcott Police Department in 1987 and headed that program for seven years. He was also designated the Wolcott Police Department’s first Youth Officer where he investigated crimes against children and juvenile matters. In 1995 he was designated Officer of the Year by the Exchange Club of Wolcott. He retired in 2003 with twenty-nine and a half years of police service to the Town of Wolcott.

Roger presently owns and operates his own portrait photography business in the town of Wolcott. He has received numerous awards and recognition for his photographic work from the Conn. Professional Photographers Assoc. including Photographer of the Year. He is also currently a photographer for the Wolcott Community News.

Roger and his wife Nancy are very active volunteers in the community. They volunteered at the BAW snack bar every Saturday for approx. six years while their son was playing in the Little League. Roger and Nancy also volunteered at their church Saint Maria Goretti and were members of the Miss Wolcott Scholarship Committee for many years. Upon retiring from the Wolcott Police Department, Roger wanted to remain involved in the community and joined the Exchange Club of Wolcott where he has served as it’s Secretary, Vice President and President. He also served as the CT District Exchange Club President overseeing 35 clubs in 2014 – 2015. In 2011, Roger answered the call to serve his community as a Republican member of the Wolcott Town Council, and is currently serving his fourth term in office. He is also presently, the President of the Wolcott Chamber of Commerce. He and his wife Nancy, who is a home health care provider, have four children and two grandchildren and have been married for thirty-one years. 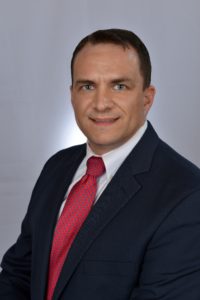 Jason Stark has been involved in public service for nearly two decades.  He recently left the Connecticut General Assembly where he had been a policy advisor for seventeen (17) years to Republican Leadership, spending twelve (12) years in the House of Representatives and five (5) years in the Senate to pursue a career in the private sector.

Jason now works for Eversource as a Program Manager for ISO Policy and Economic Analysis, where he has been since March.  He advocates for reliable, affordable electricity at the regional Independent System Operator, who is responsible for running the New England Power Grid.

Over the last two decades, Jason has worked on dozens of state Representative and state Senate campaigns and was the Executive Director of the Senate Republican Campaign Committee during the 2016 and 2018 campaign cycles.  Under his leadership, the Senate Republicans reached an 18-18 tie which was the most Republicans to be elected to the state Senate in 24 years.  Jason has also worked on numerous statewide and congressional campaigns.

When Jason and his wife were looking for a place to make their home with their new child, they choose Wolcott due to the reputation of great schools and low taxes.  He’s running for Town Council so that Wolcott will continue to be a place where families want to move to and raise their children.

Jason and his wife Liz have to 2 boys, Jason Robert “JR” (5) and Eric (3).  JR attends Wolcott Public School and Eric will when he reaches kindergarten age.